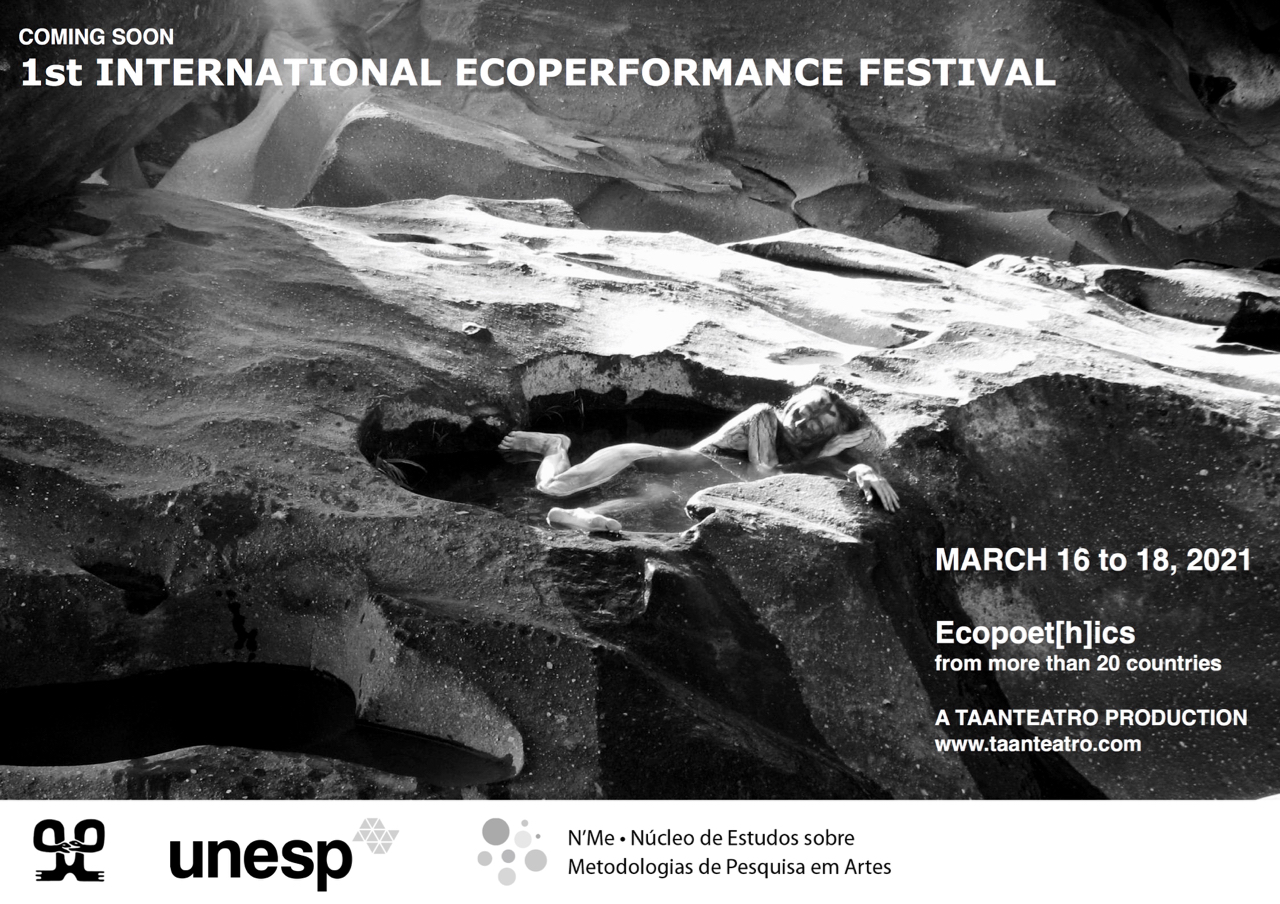 In face of the eco-political challenges of the 21st century, the 1st International Ecoperformance Festival engages in the transcultural mission of gathering artists who perform in natural, urban and virtual landscapes in order to investigate, question or reaffirm poetically the co-presence, composition and conflict of the body and the environment.

Collaboration: Center for Studies on Methodologies for Research in Arts of the State University of São Paulo (UNESP).

The performing arts concept ecoperformance was coined by the brazilian choreographer Maura Baiocchi between 2009 and 2010, as part of the inauguration of a new cycle of Taanteatro works related to the investigation of tensions between body, ancestry, and environment. Ecoperformance understands environment and body as inseparable dimensions of performative creation. In an ecoperformance, the environment constitutes a living and interactive play of presences and forces. In ecoperformance, the performer is not the central agent, but one of the play’s component‘s. At the same time as an ecoperformance experiments with environmental interactions as a performative event, it configures itself an environmental process. Ecoperformance can take place in any landscape, natural or urban, and may, among other possibilities, problematize and re-affirm human being/environment interconnections. It may serve to raise the awareness of the harmful environmental impact of human actions, and, eventually, become a vehicle of political denunciation.
Characterized by Hans-Thies Lehmann as “nothing less than the ever-renewed attempt to promote a new “co-existence” of man and nature” and as “a radically “green” theater that formulates a far-reaching critique of our civilization”, Taanteatro promoted, between 2011 and 2019, several editions of the Forum of Ecoperformance organized in Brazil and Argentina.