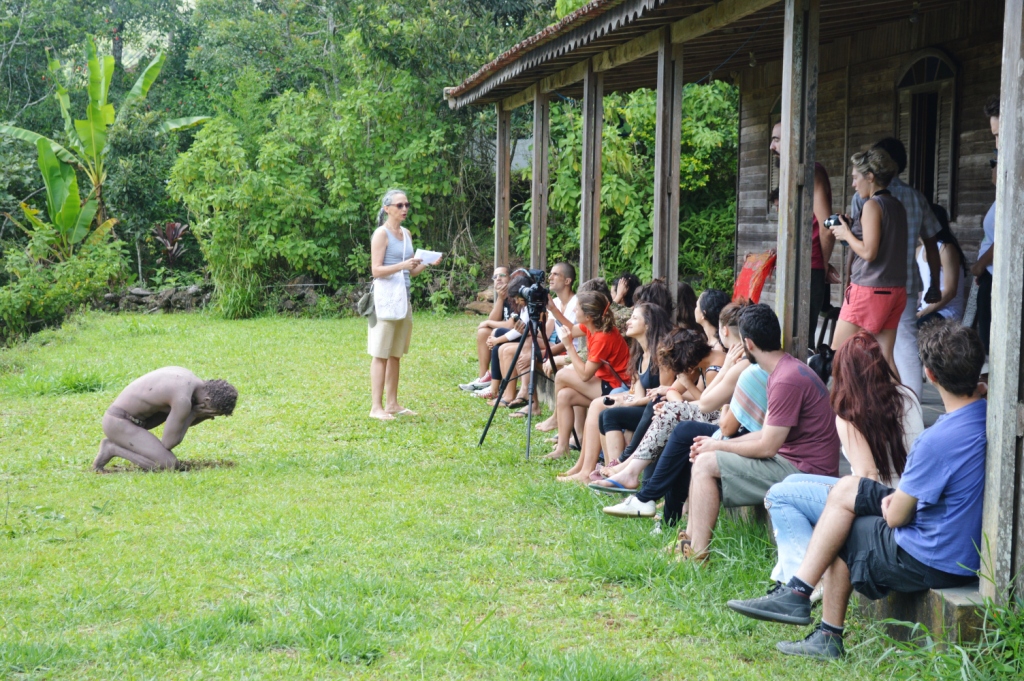 The TTOR 2019 is destined to dancers, actors, directors, performers and professionals and students from other areas of knowledge interested in an intense work of rescue, expansion and realization of their scenic presence and their expressive potential. The residence includes the creation of a solo based on the method [des]construction of performance based on [trans]personal mythology.

The Taanteatro Company, founded in 1991 and considered “one of the most radical, refined and demanding schools of contemporary theater”, was awarded several times at the municipal, state and federal levels. It staged about sixty authorial shows around the work of artists, poets and philosophers like Frida Kahlo, Lewis Carol, Lautréamont, Nietzsche, Artaud, Deleuze, among many. Since 2007, the company shared its research publishing books about its concepts, training ad creation methods.

Registration: send e-mail with Letter of Intent and Curriculum Vitae to
taanteatro@hotmail.com